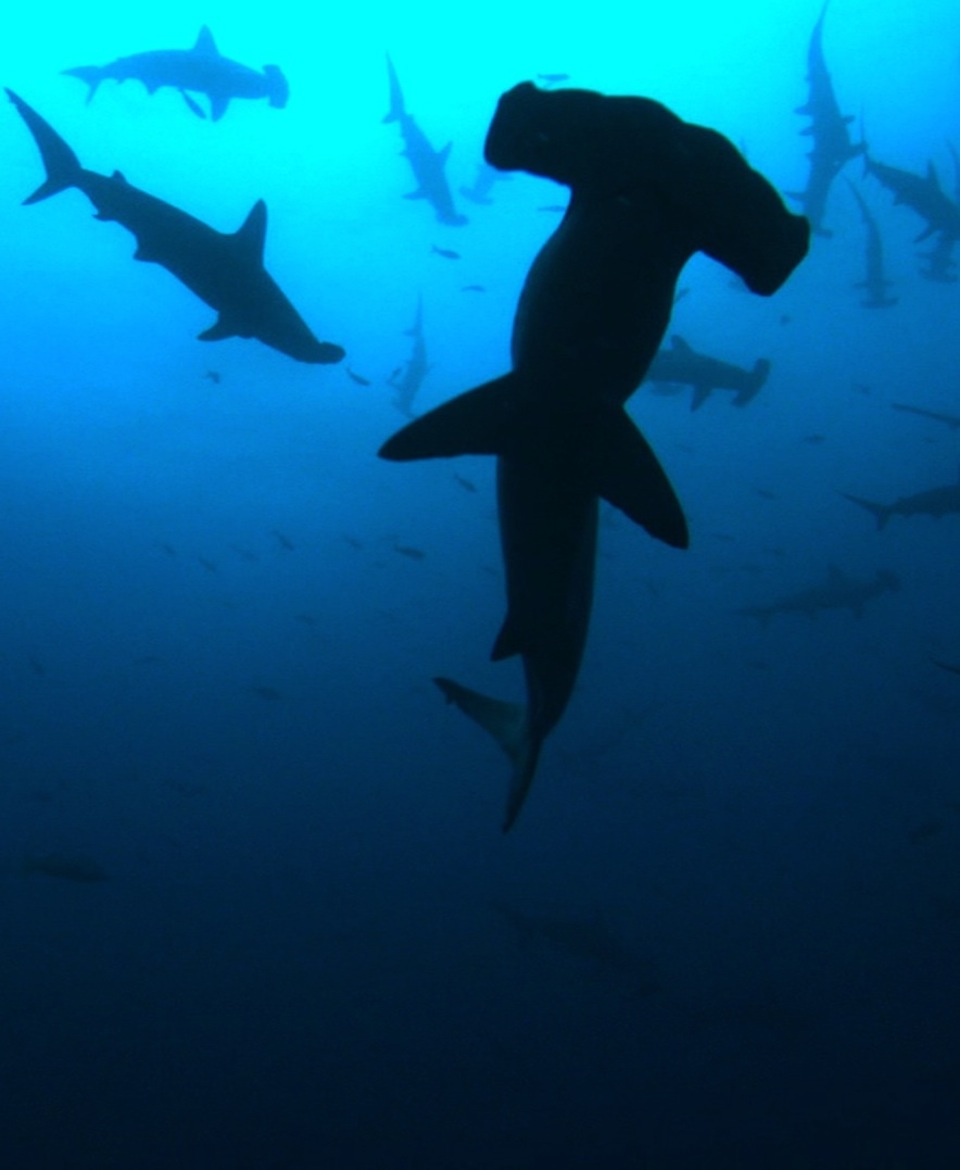 The most distinctive characteristic of a Hammerhead shark is its hammer-shaped head! Its head has evolved that way to give the shark 360 degree vision and to maximise its ability to detect electrical currents of its prey. Its head acts like a wide antennae, sweeping the waters for information.

is notable for its enlarged, hammer-shaped head called a cephalofoil. It’s believed one reason for the evolution of the cephalofoil was to maximise the shark’s ability to see; its eyes are located wide apart on each side of the head, giving the shark 360 degree vision. Like all sharks, the Hammerhead is equipped with electroreceptory sensory pores called ampullae of Lorenzini. It’s believed the cephalofoil also evolved to make these pores more effective, spreading them over a larger head area enabling more effective detection of prey. Hammerheads have small mouths proportionate to their head and body size, and are largely bottom-feeders with stingray a favoured food. Unlike most sharks, Hammerheads swim in large schools by day, sometimes numbering over 100 individuals. The largest congregations can be found at Malpelo Island, Cocos Island and Hawaii.