Sharks play a vital role in maintaining the balance and health of a coral reef. Sharks are an apex predator at the top of the oceanic food-chain, helping control the population of other fishes which then has a direct impact on the health of a coral reef. Shark species associated with coral reefs are being decimated worldwide, mostly due to the intensive shark-finning trade. The domino effect on a reef is dramatic, and measurable. In areas where sharks are absent, smaller predatory fish such as the emperor and snapper become more abundant, which in turn leads to higher predation of smaller herbivorous, algae-eating fish such as parrot and rabbit fish. These herbivores play a vital role removing algae from a coral reef, which occurs when corals are sick, dying or damaged as a result of cyclones or bleaching events.  If the algae is left unchecked, corals cannot effectively recover. In this way, one shark death ultimately affects the health of the entire coral reef system. 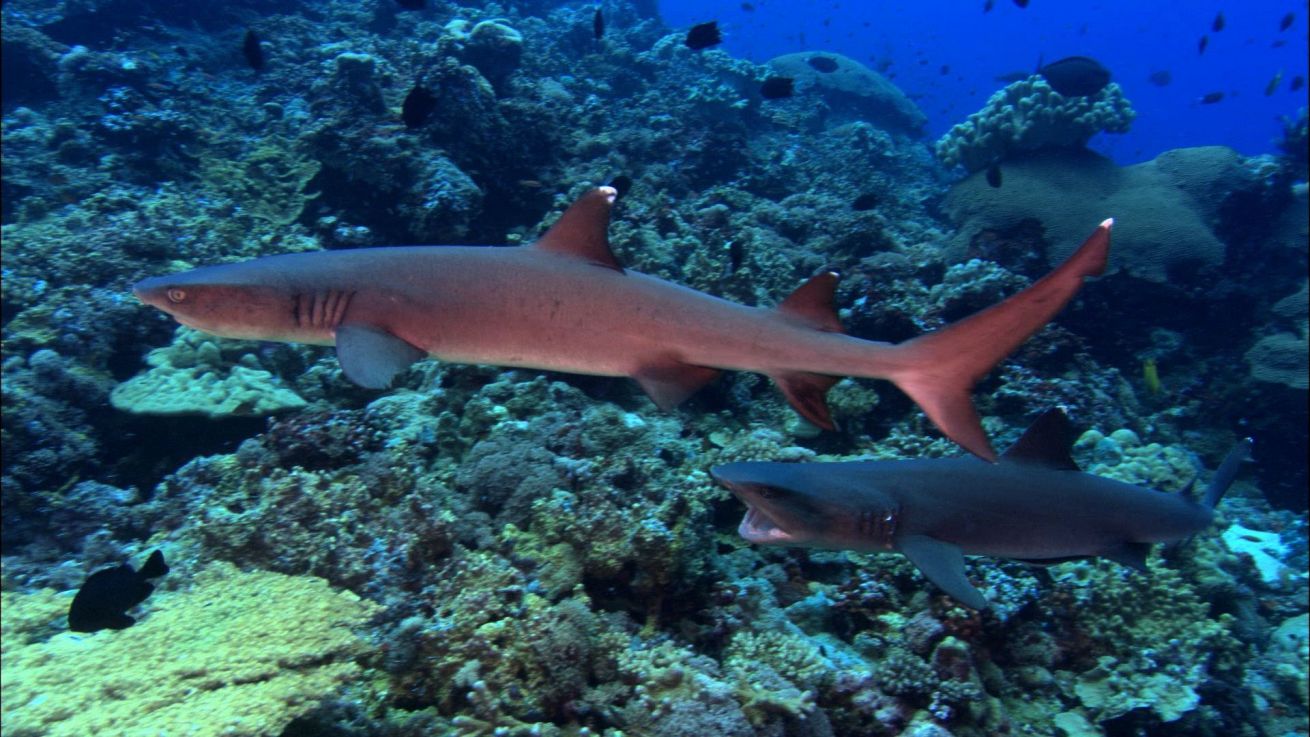